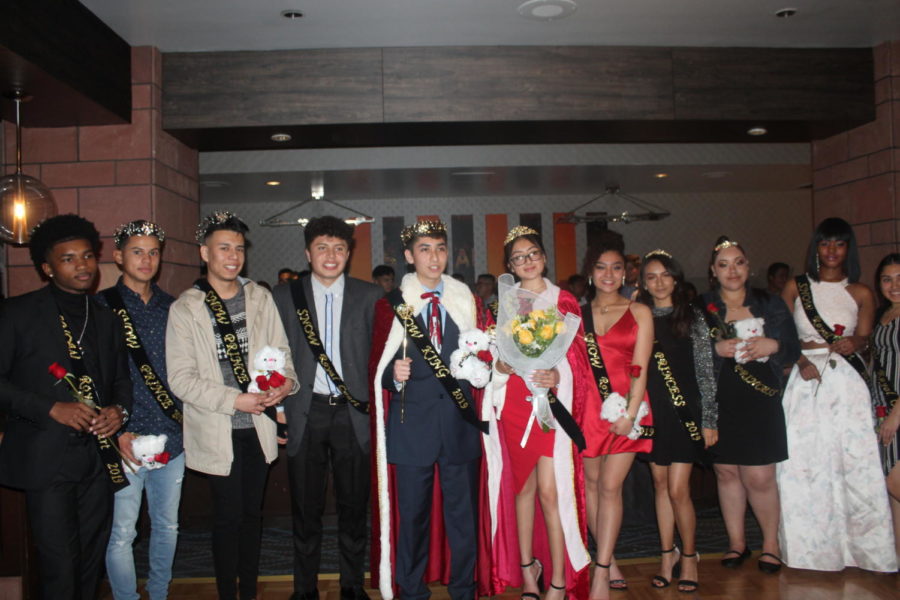 Weeks before Winter Formal, seniors Joseph Mascorro and Leslie Andrade went around asking for your money donations to help them become King and Queen.

We asked them about their experience, and we wanted to know what made them participate in running for those royal positions at Winter Formal.

Joseph stated that one morning, he was sitting in class and heard an announcement that if you wanted to run for King, you had to go to room 194. There he found out that in order for competitors to win their position as King or Queen, each person had to go around and ask for money donations. This was also his opportunity to “decorate the box and to have a new experience” for his senior year. The box is where the money would go in.

Do you recall Joseph or Leslie asking you for money? How much did you give?

Maybe you didn’t realize it, but you helped Joseph raise $300, and you helped Leslie raise $200!

“My favorite experience was when we were inside the hotel,” said Joseph, “there were a lot of students enjoying themselves dancing. Also, I liked the food they had. They had some chips and guac.”

Overall, Joseph’s experience turned out to be one of his favs! Leslie said that her  favorite part about the dance was that she got to dance. Yes, sometimes you can go to a dance and not even dance, but Leslie was on the dance floor!

When Mr. Engle called out Joseph’s name, he felt “nervous and shocked.”

“I felt my heart beating,” says Joseph, “I thought I was going to end up winning the position of Prince without a Queen.”

At that moment,  Ms. Contreras came to his rescue by advising him to “turn around, and put the crown on and scepter.” Then she handed Joseph a teddy bear. Joseph wants to send a message to everyone who helped. Joseph says, “I would like to thank everyone, students and staff members for participating for the winter formal fundraiser, and for making me the Snow King.” 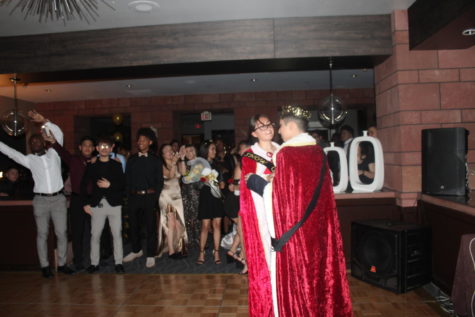 When Leslie got called out as Winter Queen, she “felt shocked.” She didn’t know she was going to win.

Leslie had a message for those who voted for her and also all people at Manual. ”Take your new experience and opportunity and you will never know what the outcome will be. Thank you for helping collect some needed money.” 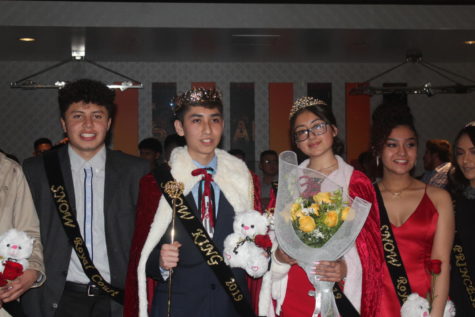